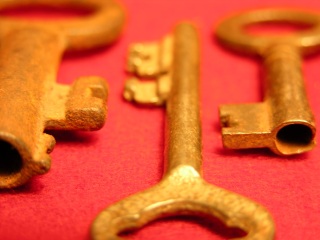 Gold has been highly prized since ancient times. Traditionally we associate gold with jewellery, but this yellow metal is widely used across industries ranging from dentistry to electronics. Gold is also a vehicle for international monetary exchange, and trades as a hard commodity in global financial markets. It is used as a base asset for ‘derivatives’ – the term given to financial instruments such as futures and options.

Until the 1930’s national currencies such as the Dollar and British Sterling were linked to the gold price by means of a fixed rate. Known as the gold standard, this exchange mechanism was abandoned as a result of a global economic downturn. Gold is still seen as an effective means of hedging against inclement market conditions and inflation. Although less volatile than commodities such as oil, its price rises during times of geopolitical turmoil or economic crisis.

Today the gold price floats freely. It is traded directly or in derivative form. The biggest sellers are central banks, such as the Bank of England and the Federal Reserve. Major buyers can be found in the Indian Subcontinent and China. According to the World Gold Council, these markets created 51% of gold demand in 2010 . There are also seasonal peaks, for example during the festival season in India, when demand for gold spikes.

Many investors view gold as a foundation asset in their portfolio, not least because of its perceived ability to protect against risk and inflation. And it provides an opportunity to profit. The average gold price has risen 40% between 2008 and 2010.

As a result of the continued uncertainty over the global economic recovery, European and US buyers exhibit a preference for bars and coins. However, gold-based exchange traded funds, and gold denominated paper (which trade like shares on stock exchanges) have seen a dramatic rise over the last decade. Instead of trying to turn a sow’s ear into a silken purse,shrewd investors might do well to line their portfolios with gold.

Lisa Bondesio is the founder of Chiridion Consulting. An award-winning interim, she has extensive experience of implementing complex organisational change projects at board level. Lisa's expertise blends transformation,corporate strategy, and stakeholder engagement with solid programme leadership, for clients in the corporate and public sector. She holds an Msc in Corporate Governance. View all posts by Lisa Bondesio

Lisa Bondesio is the founder of Chiridion Consulting. She delivers common sense and change consultancy to clients in times of transition.