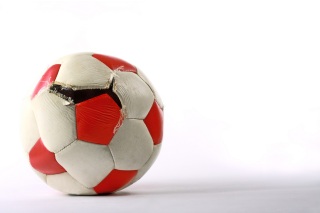 So, FIFA have chosen Russia to host the 2018 World Cup.  In a voting process that eerily resembled the Eurovision Song Contest – block voting and nul points – the UK’s hopes of hosting a premier global sporting fixture have been dashed.

Post-mortem wringing of hands, shredding of kit, and blaspheming of the BBC will do little to assuage deep cynicism about an organisation linked for some time to allegations of corruption and shady dealings. I know more than a few people who think a well aimed kick at Sepp Blatter’s head would be an expedient solution!  Brain-injury aside, at the very least, questions should be asked about the governance practice within such an influential regulatory body.

It seems, the recent expulsion of two of senior FIFA officials for breaching ethics rules is nothing new. The BBC’s Panorama programme offered evidence that as far back as 1995, FIFA vice-president Issa Hayatou, of Cameroon, had taken a kickback of £10,000 from the organisation’s marketing arm, ISL. If unethical behaviour is tolerated, questions do need to be asked about the professional impartiality of FIFA.  No doubt, more revelations will emerge as 2018 draws closer.

In principle, the UK bid was strong. A FIFA-backed study by McKinsey supports this. The McKinsey report examined five revenue areas (ticketing, TV and media rights, sponsorship, hospitality and merchandise/licensing) and rated the economic value of the UK’s bid at a joint 100 along with the USA, and well ahead of Russia’s score of 56. But technical excellence can only take you so far. There is of course another dynamic at play here…money.

While the actual FIFA World Cup Trophy is estimated to be worth a trifling $194,285.85 (based on the current troy ounce value of 18K gold) you only need to add several zeros to the end of that number to calculate the Croesus-like revenues from the rights, merchandising and business opportunities brought by a World Cup. In prize money alone, FIFA set aside £250 million for the SA World Cup in 2010. If Football revenues represent the GDP of a small African country, why then should we be surprised that their secretive ExCo demand emoluments for favourable votes?

Multi-millions attract mendacity, whichever way you look at it. But FIFA’s decision does put me in mind of the offside rule…you know, the one where the referee awards an indirect free kick to the opposing team!

For more information on the off-side rule, please see: