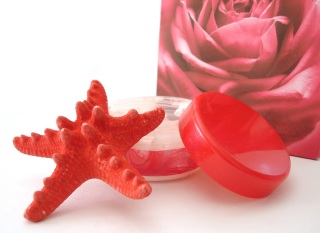 OK, picture the scene…nubile TV couple engaging in pillow play. Yes readers, I mean pillow play. This is before the 9 pm watershed in the UK! Suddenly, the voice-over says: ’77 per cent of women feel sexier when their underarms look good!’ Cue really loud guffaw from me. Clearly I’m watching an advert for Nivea deodorant in the form of soft-porn science.

In these recessionary times, I’m still amazed at how much guff advertising there is on TV. Misleading pseudo-science masquerading as fact. UK women all know who Nadine Baggot (aka Beauty Editor) is – and now Anna Richardson has jumped on the bandwagon -wearing a white coat to convince us of the veracity of her ‘info-mercial’!  By the way, the sample size of the previous statistic was around 2,000 – less than 0.00064 per cent of the 31 million women in the UK. Not exactly significant from a statistical perspective!  I’ve had a similar allergic reaction to the Avon claim that their night emulsion will make you look ‘up to 5 years younger in just 14 days’ – this highly scientific claim being tested on a group of no less than 30 consumers!

Now don’t get me wrong, I find fashion and beauty fun. Grazia magazine is one of my guilty pleasures along with the Economist and 90% Lindt Dark Chocolate Bars! What offends me, is that the advertising industry, which is still mostly run by middle aged men, think female consumers are gullible twits who will purchase any old crud in a jar, as long as there are ‘statistics’ to back it up. And that we must all be so obsessed with our quest for beauty and youth, we will actually believe the half-truths peddled by cosmetic companies and their ad agencies.

Ogilvy, the advertising genius who quipped – ‘the consumer is not a moron, she is your wife’ is often quoted. But many of today’s admen leave out the rider which is…’You insult her intelligence if you assume that a mere slogan and a few vapid adjectives will persuade her to buy anything’. I wonder what he would make of the 100 per cent of women who find the ad from the agency which bears his name just as insulting.

Lisa Bondesio is the founder of Chiridion Consulting. She delivers common sense and change consultancy to clients in times of transition.